This guide will help you to repair any Android device whose screen is unresponsive, or not working. 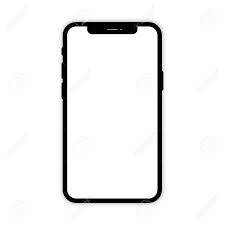 READ: How To Hide Videos On Your Phone

This guide will then help you fix this.

How to Fix an Unresponsive/ Not Working Android Touchscreen

6 Simple Ways to Fix/Repair Android Touchscreen Not Working,
Problem 1: This For Unresponsive Touchscreen without Any Physical fault
1. Do a Soft Reset
A reset soft will do the job for you. Only switching the Android phone and tablet completely off. To restart the system that doesn’t operate with the touch screen: Press and hold the power button until the screen is blank.
Press and hold the power button after 1 or 2 minutes, to turn ON the system again.
In most of the instances, the touch screen will work as usual after the device restarts.
2: Remove Memory Card, SIM and Battery Sometimes, the fault could be in memory card or SIM card, hence remove the SD card and SIM card from the device.

3: Boot Your Device into Safe Mode To enter safe mode, just press and hold the power button, just like you would when turning off the device. Once the power off icon pops up on your screen, tap and hold it for a second or two, select OK, and just wait for the device to reboot. That’s it.

READ  How To Check Data Balance On Glo, MTN, 9Mobile And Airtel

If your device touchscreen now works properly after you enter into Safe Mode, then it is confirmed that recently third party app is culprit. Once you locate the troublesome app, uninstall it and confirm that problem is solved.

Problem 2: For Touchscreen With Physical Damage
If your Android phone or tablet screen has been physically damaged due to several reasons such as dropped device in water, on floor from high distance, smashed the screen or broke the device then the touch screen could be damaged and thus stop responding.

Try doing the Following Fixes Before You Think of Replacing it:–

1: Knock The Touch Screen If your device has fallen or dropped or smacked, then the main cause for touch screen not working problem could be due to lose digitizer cable.

If your device has fallen or dropped or smacked, then the main cause for touch screen not working problem could be due to lose digitizer cable.

If that is the case, then you can resolve the issue by gently knocking on every corner of the touchscreen for severaly. This method has been solving the problem for many users.

READ Understanding How To Do Full SEO In 2020

2: Test The Touchscreen with codes

Simply dial the following codes, to open the device’s diagnostic mode. Once you enter into diagnostic mode, you can test the touchscreen for bugs and dead zones.

READ  How To Run iOS Apps On Android Device

If all mentioned solutions above fails to resolve the issue with your touchscreen not working problem on Android, then you will need to replace the touchscreen with a new one.